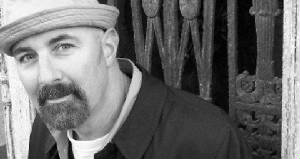 I highly recommend checking out Clark Taylor and Johnny Steele here–two great (and may I say unsung) heros of San Francisco comedy.  And, for full disclosure, also buddies of mine.  It's great that we're getting so much solo show work happening in the Bay Area–especially from standups.  We're so good at being on stage, and often have so much more to offer by adding a story arc that glues our jokes together like a sturdy arc over the stormy waters of the stage.

Cinnabar's Solo Mio Festival illuminates the compelling nature of solo performance that exists between one performer onstage and the audience, celebrating the beauty and immediacy of story-telling in this theatrical showcase spotlighting comedians and solo performers Fred Curchack, Will Durst, Dave Pokorny, Johnny Steele and Clark Taylor.

Dave Pokorny - Based On A True Story

A (mostly) true journey of one man???s life as he attempts to procrastinate finding his calling.
For a full decade Dave Pokorny toured the U.S. as a working stand-up comic, however after his first daughter was born he no longer wanted to tell jokes to strangers in bars for money.  After seven years as a stay-at-home dad he still doesn???t want to just tell jokes, but he???s realized he has a lot more to say than, ???Hey, put that down…leave your sister alone…because I said so that???s why…and pick that up!???

Clark Taylor - Mad'Ville
A mad romp through junior high school and small town life in Louisiana in the 1960???s and 70???s.
Clark is a long time storyteller and stand up comedian in the Bay Area.  He worked as a screenwriter in LA and earned a Masters in US History from San Francisco State before returning to the stage.  He recently completed work on an environmental documentary entitled Deep Green slated for a September 2009 release. He currently resides in Fairfield, California.